From Billy Porter’s directorial debut to a 35mm screening of “Far from Heaven,” Outfest hosts the most exciting queer films of the year.

While Outfest has expanded its events to include exciting year-round programming supporting a variety of LGBTQ+ filmmakers, its flagship event will always be the summer film festival.

Based in Los Angeles, Outfest is one of the first pipelines into the industry for many queer filmmakers and talent, and it’s known as a friendly launching pad for those just starting out.

This year, the festival has attracted some of the biggest names in LGBTQ film, opening with Billy Porter’s directorial debut “Anything’s Possible” and celebrating the 20th anniversary of Todd Haynes’ Sirkian masterpiece “Far From Heaven” with a 35mm screening with Haynes, Julianne Moore, and Christine Vachon in attendance.

Beyond the flashy names and star-studded events, however, the curation team at Outfest always manages to spotlight a wide range of queer films from around the world. Whether hosting world premieres or giving a platform to titles that might have been buried at mainstream festivals, Outfest is always a must-stop on the festival tour for the year’s best queer films.

The 2022 Outfest Film festival runs from July 14-24 in Los Angeles. Here are 10 must-see titles playing this year’s festival. Head to Outfest’s website for the full lineup of films and events. 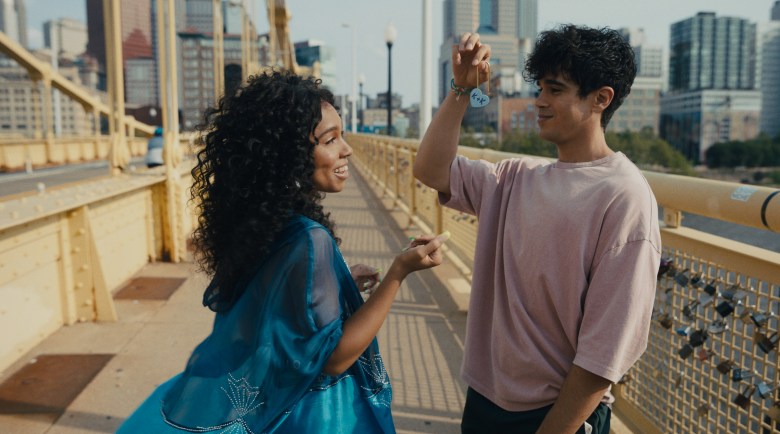 The festival’s opening night film marks the directorial debut of one Billy Porter, Emmy-winning star of the groundbreaking series “Pose.” As a longtime theater performer and Broadway devotee, Porter knows talent when he sees it. He’s using that experience to foster up-and-coming performers, giving new discovery Eva Reign a full-fledged star vehicle in the form of a heartfelt teen rom-com. Reign plays a high schooler being pursued by the guy of her dreams, giving trans girls a fairytale romance of their own. She might be getting the guy, but jealousy in her friend group stirs up complicated dynamics surrounding her gender identity and place in the social hierarchy. —Jude Dry 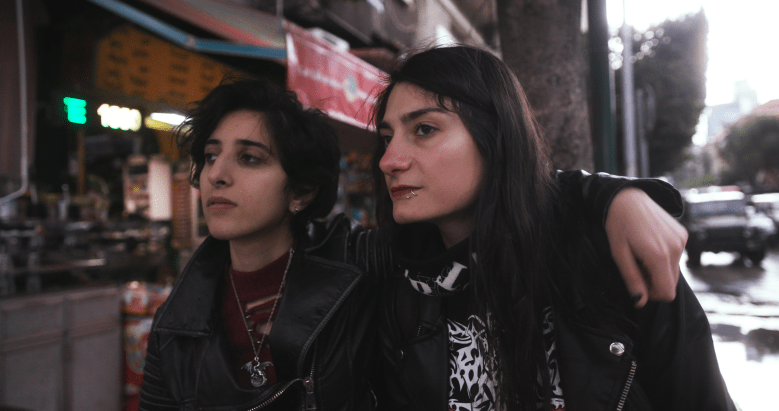 Lilas and Shery in “Sirens”

Metal is life for the headstrong front women of Slave to Sirens, a Lebanese thrash metal band in this dynamic documentary that proves rock ‘n roll is still radical in many parts of the world. Thrumming to the beat of their hardcore sound, the film follows the band’s two leaders Lilas and Shery, who share an intense artistic chemistry and a tumultuous friendship marked by a will-they-won’t-they romance. Directed by Moroccan-American filmmaker Rita Baghdadi, “Sirens” was filmed in the outskirts of Beirut over the past few years of political unrest. With a vérité approach and an insider’s eye, the film presents an intimate and fascinating portrait of day-to-day life for a Middle Eastern punk rocker with big dreams. —JD 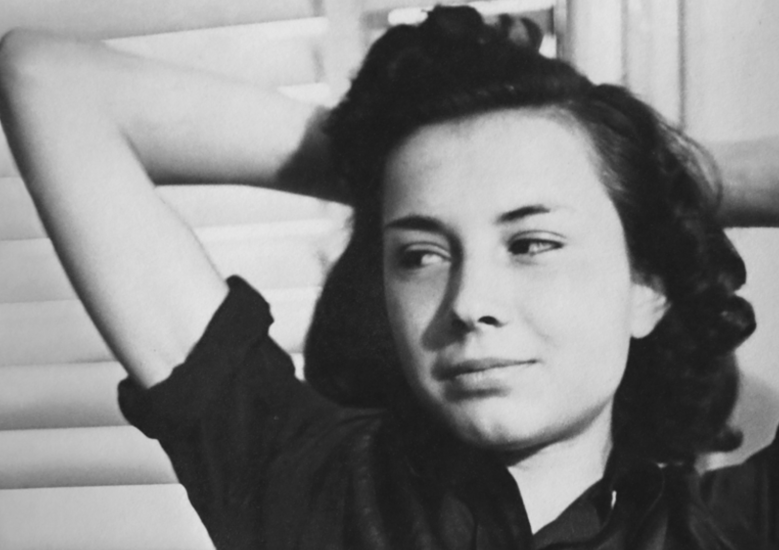 Best known for her 1952 novel “The Price of Salt” (later renamed “Carol” and immortalized on celluloid by Toddy Haynes), Patricia Highsmith was one of the most prolific and influential lesbian writers of the 20th century. From short stories to novels, most of her writing was turned into films, most famously Alfred Hitchcock’s “Strangers on a Train.” Though she was not publicly out until much later in life, she was a notorious lothario, keeping girlfriends in many ports. This documentary biopic uses not only Highsmith’s words but interviews with former girlfriends to piece together an endlessly compelling portrait of the acerbic and reclusive writer. —JD 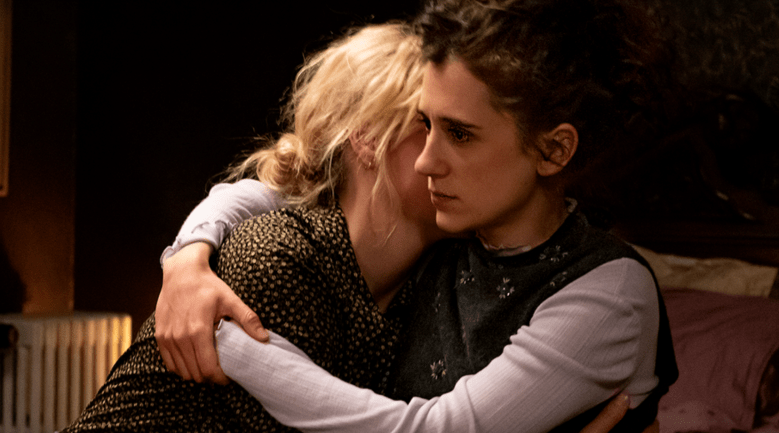 What if “Disobedience” was a horror film? An unlikely melange of intriguing subjects that include Jewish folklore, London’s Hasidic community, and a possession thriller, this Danish horror romance blends comedy, genre, and mystery as only the Scandinavians could. The film follows a whirlwind romance between a former child actress and a Jewish academic, which leads to a mysterious community haunted by inherited trauma. Using the possession thriller as an allegory for lesbian codependency, the ominously titled “Attachment” mines our deepest fears around intimacy for delicious scares. —JD 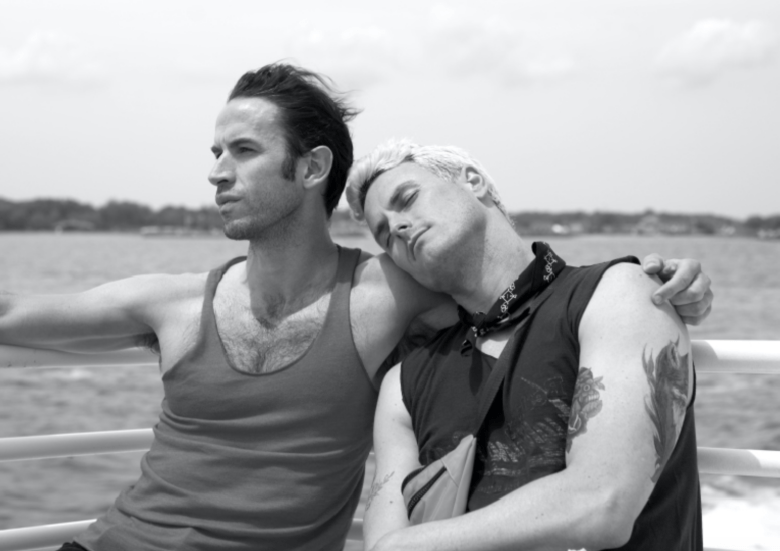 Shooting in gorgeous black-and-white on a shoestring budget, first-time writer/director Todd Flaherty has crafted an ode to gay male friendship — because every gay man needs a good Judy. Starring in the film as well, Flaherty plays New York-based drag queen Judy, who spends a gloriously messy summer with his best friend Chrissy (Wyatt Fenner). When Chrissy falls in love and tries to flip the script on their regular routine, Judy must rediscover who she is without her best friend. —JD

“By Hook or By Crook” 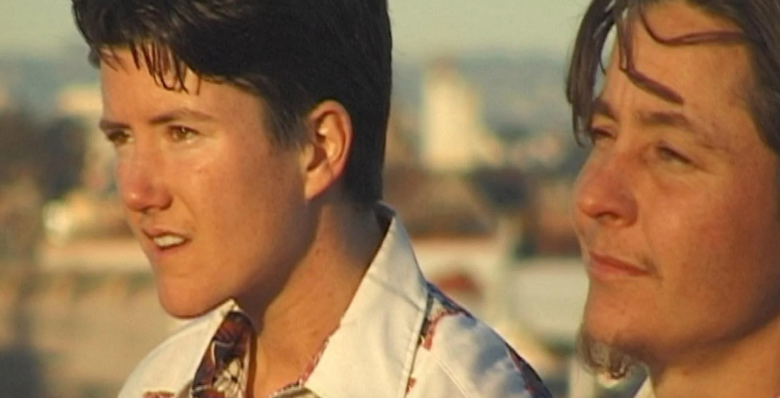 “By Hook or By Crook”

Silas Howard and Harry Dodge have lived many lives. Howard is one of the most prominent trans directors working today and Dodge is a well-known visual artist and writer. In 2002, they co-directed and co-starred in “By Hook or By Crook,” the first (and so far, only) butch-trans buddy movie. Premiering at Sundance, the movie stars the filmmakers as two wayward youths who connect over an unspoken recognition of finding themselves in the other. With a gritty survival adventure about friendship between two charming gender outlaws, this 20th-anniversary screening cements this groundbreaking film’s place in queer cinema history. —JD 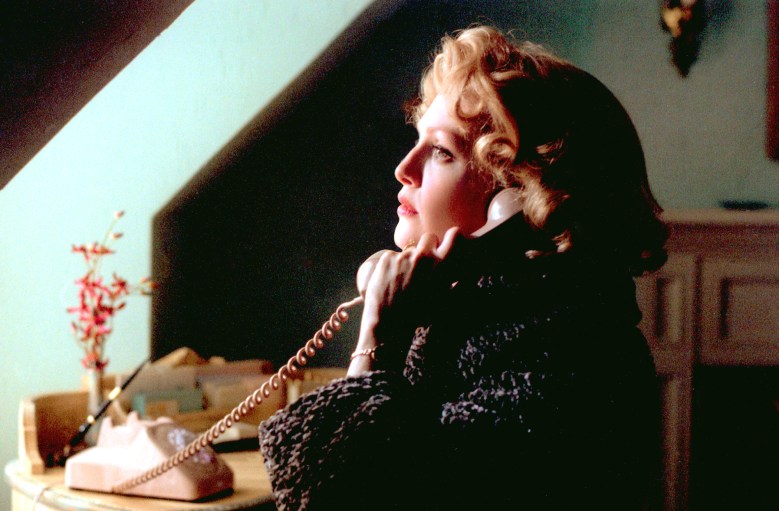 Director Todd Haynes, star Julianne Moore, and producer Christine Vachon will be at Outfest this year to present a 20th-anniversary screening of their heart-crushing homage to the films of Douglas Sirk, “Far from Heaven.” Released in 2002, this lushly colored melodrama didn’t feel so alien at the time. That’s despite its 1950s story of a wealthy Connecticut housewife (Moore) whose life unravels after she walks in on her husband (Dennis Quaid) with another man and befriends the Black son (Dennis Haysbert) of her late gardener. And at a time (yet again) when human rights are (yet again) under siege, “Far from Heaven’s” mannered yet unblinking gaze at the class suppression of race and sexuality feels all the more resoundingly now. Haynes, employing the high, Transatlantic cinematic style of the time, makes the case for how Sirk films like “Imitation of Life” and “All That Heaven Allows,” despite their release in the 1950s, work as a lens into any social period — and a bridge for human compassion between people on different sides of the white picket fence. —Ryan Lattanzio 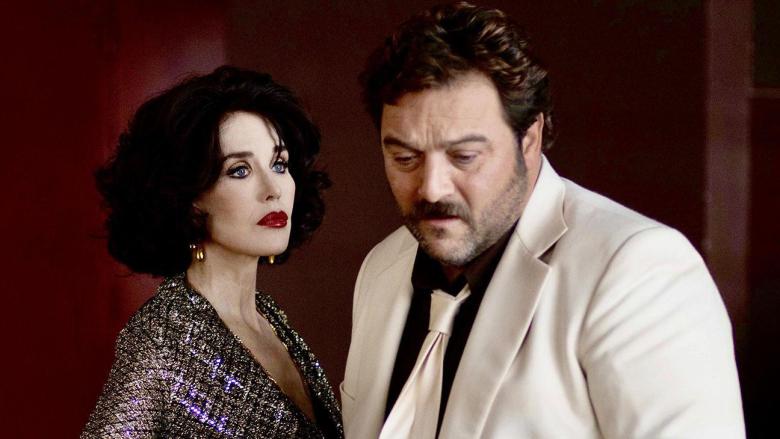 François Ozon gender-flips Rainer Werner Fassbinder’s scorching lesbian chamber drama about a tormented fashion designer caught up in an erotic triad, “The Bitter Tears of Petra von Kant,” for his heady and stylish new film “Peter von Kant.” But it’s more than that — the film is also an experimental allegory of the life of director Fassbinder himself. Denis Menochet, Isabelle Adjani, Khalil Ben Gharbia, Hanna Schygulla (who starred in the original film), Stefan Crepon, and Aminthe Audiard star. In this version, a successful director (Menochet) romantically torments his live-in assistant before falling in love with a young man of modest means. “Peter von Kant” is a snappy and stylish homage to a tortured artist who worked himself to death. —RL 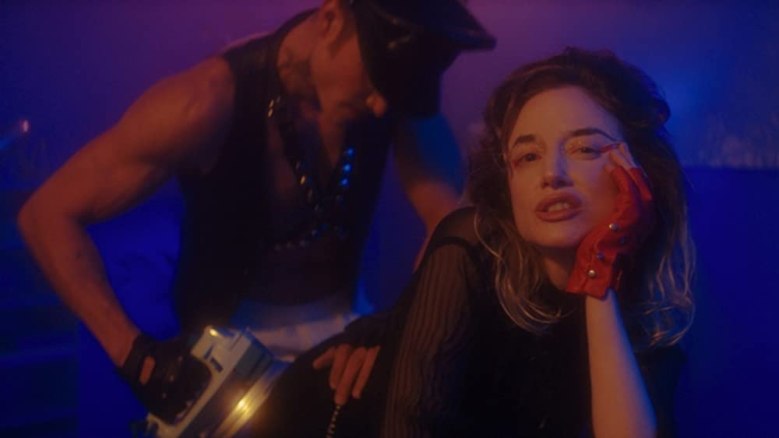 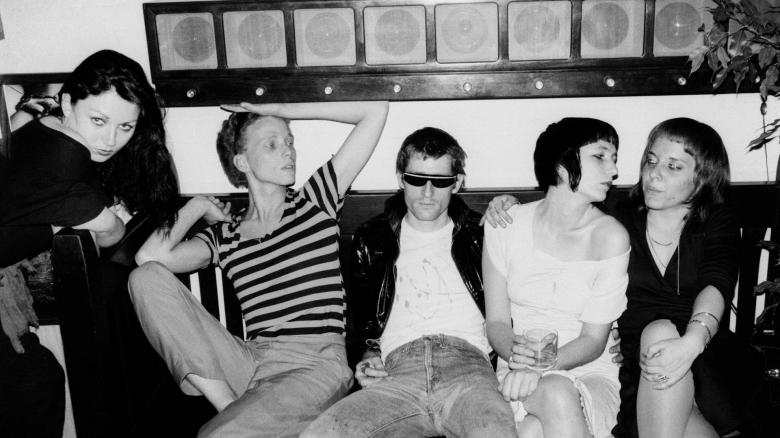 Director Brian Vincent’s documentary “Make Me Famous” plunges viewers into the 1980s downtown New York City art scene, populated by queer and scrappy iconoclasts pushing the boundaries of respectability in art and storytelling. One such artist was Edward Brezinski, a controversial painter known for his extreme artistic drive (and self-destructive streak) who died in 2007. Brezinski found himself in the same milieu as Warhol, Basquiat, and Wojnarowicz, among others, but felt frustrated over never quite achieving their notoriety. This documentary works to contextualize Brezinski as one of the unsung greats of his era. —RL

Sign Up: Stay on top of the latest breaking film and TV news! Sign up for our Email Newsletters here.